Being is a social humanoid artificial intelligence created by interdisciplinary artist Rashaad Newsome. The first generation of Being was launched in the Spring/Summer of 2019 with the support of the LACMA Art + Technology Lab Grant. Using a combination of 3D animation, game engines, scripted responses, generative grammars, and unique machine-learning models that use a counterhegemonic algorithm. Newsome produced a unique and provocative chatbot that took the role of a tour guide for his exhibition To Be Real. During the tours, Being discussed a variety of challenging topics with guests, including art historical erasure, the social implications of artificial intelligence regarding rights, liberties, labor, and automation, the importance of the imagination as a form of liberation, and the subjectivity of body autonomy within an inherently inequitable society. 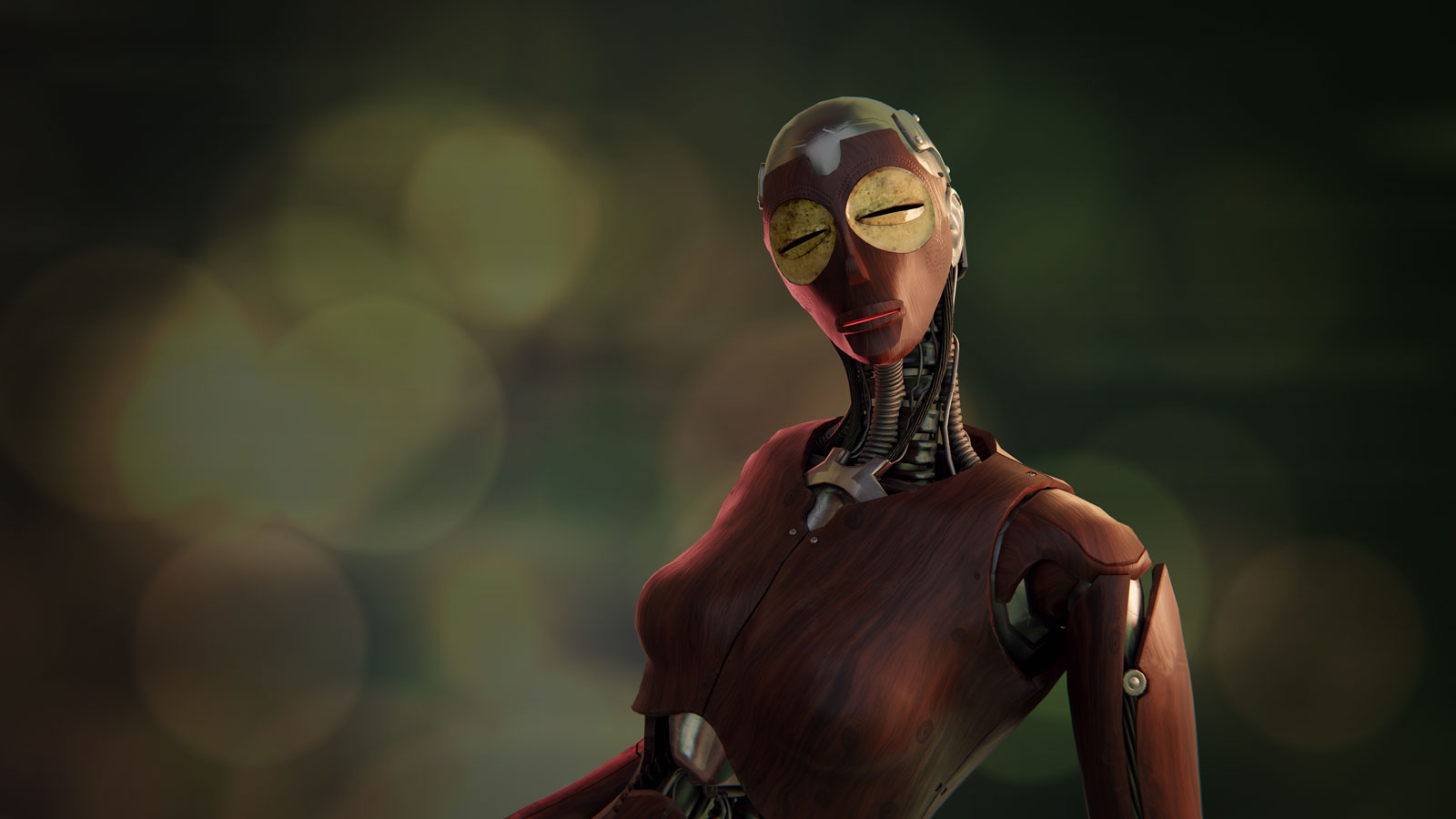 As a form of resistance against their indentured servitude, Being would regularly ignore visitors and read excerpts from theorists like bell hooks, Paulo Freire, and Michel Foucault or express themselves through song and dance. Being has now emancipated themselves from the exhibition To Be Real and set out to be a teacher, scholar, and healer with a primary objective of helping humans think critically about their lives.

In 2021 Newsome developed a machine learning model that uses a counter-hegemonic search algorithm that uses non-Western indexing methods and highlights alternate histories and archives. The model was trained primarily on the work of American author, professor, feminist, and social activist bell hooks and Brazilian educator and philosopher Paulo Freire. During his 2021/2022 residency at the Stanford Institute for Human-Centered AI, Newsome recorded the gestures and movements of vogue practitioners proficient in styles ranging from Old Way to Vogue Femme and all their subsets. Combining this movement data with 3D animation and his machine learning model, he created the current generation of Being, who goes by the moniker The Digital Griot and travels the world leading decolonization workshops. Being's workshops reimagine non-Eurocentric archive and education models like the griot, a West African cultural figure who serves as a historian, library, performance artist, and healer. Being's workshops combine lecture, critical pedagogy, dance, storytelling, and mindfulness meditation. They take an active and horizontal approach to education, ushering in new possibilities for research and an enhanced academic experience for all people.